Posted on April 15, 2019 by chogministries | Comments Off on Messy but Miraculous: Missouri Churches Merge to Maximize Kingdom Impact 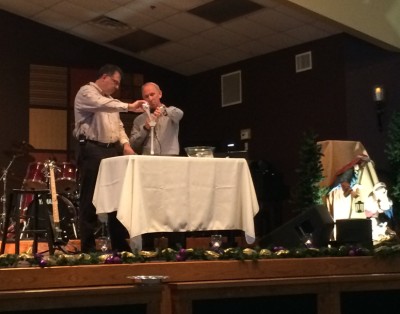 Johnny Phifer was serving as the pastor of Walnut Lawn Church of God in Springfield, Missouri. Rick Herald was the pastor of LifeQuest Church, also in Springfield. Neither church was on life support or even in serious trouble. Still, each church did have its fair share of challenges; in particular, the average age of the Walnut Lawn congregation was progressively older, while LifeQuest faced a sizeable debt. But, while it’s true that the notion of a merger seemed to address these basic needs, these were not the primary motivators for a decision of such far-reaching implications. There had to be more. And there was. END_OF_DOCUMENT_TOKEN_TO_BE_REPLACED

Comments Off on Messy but Miraculous: Missouri Churches Merge to Maximize Kingdom Impact

Posted in All Church of God, Central, Give Life

The Power of the Cross to Take Back a City

Posted on January 13, 2017 by chogministries | Comments Off on The Power of the Cross to Take Back a City 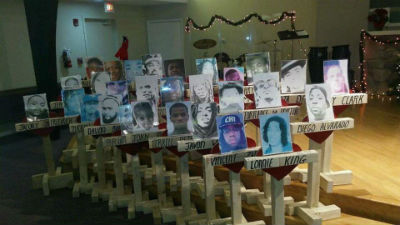 Photo: Crosses displayed with victims’ pictures inside the church.

Approximately eight hundred murders rocked Chicago in the last year alone. Gang violence is on the rise in many large cities across the country, and Chicago is no exception. While many would rather retreat to the suburbs and write off urban centers as a loss, there is a growing movement of people that won’t give up on the youth, the children, and the families of densely populated areas. The grim statistics might suggest the forces of evil have completely taken over cities like Chicago. But soldiers of the cross like Greg Zanis are fighting side-by-side with congregations like Restoration Church of nearby Aurora, Illinois, to take back their cities. Recently, this reclamation effort took the form of one cross built for each of the eight hundred victims. END_OF_DOCUMENT_TOKEN_TO_BE_REPLACED

Posted in All Church of God, Great Lakes