Politics and the Pulpit: Kansas Pastor Runs for Office

Posted on August 21, 2019 by chogministries | Comments Off on Politics and the Pulpit: Kansas Pastor Runs for Office 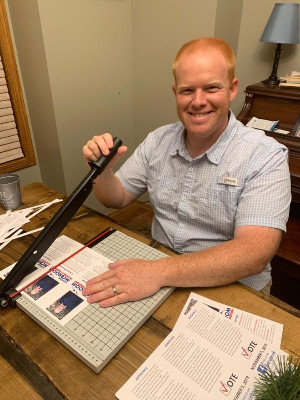 Some say politics and the pulpit don’t mix. Some say Christians should leave politics to the politicians. Others say whatever they want from the pulpit, even alienating individuals who may not share their perspective. But with Christians, posture and practice concerning politics should be guided from above. That’s the perspective of Clint McBroom, pastor of First Church of God in Newton, Kansas. Believing that Christians should be involved in every arena of life, Clint’s running for city commissioner. As a Christian and pastor first, he’s set out to represent Jesus through his campaign and eager to discover even more ways to serve his community. END_OF_DOCUMENT_TOKEN_TO_BE_REPLACED

Comments Off on Politics and the Pulpit: Kansas Pastor Runs for Office