Dr. Kimberly Majeski, associate professor of biblical studies, was recently invited by Nutopia films to contribute as a New Testament scholar in Jesus: His Life. This eight-part series to be aired on History, beginning March 25 and concluding on April 15, will bring together some of the world’s top scholars, historians, and faith leaders from diverse perspectives to tell the story of Jesus in a new and enlightening way. END_OF_DOCUMENT_TOKEN_TO_BE_REPLACED

Rachel was like any other newborn—cute, cuddly, curious. The daughter of Church of God music minister Marshall Lawrence and communication professor Terry appeared to be a perfectly healthy baby, even receiving an all-clear from her pediatrician. But there was one thing that set her apart, one thing that ultimately proved not a disability but a special ability. At fifteen months of age, Rachel was diagnosed as deaf, turning her parents’ world upside down and charting a course the family would never have expected to take. The emotionally gripping, thoroughly fascinating, and powerfully inspirational story of the Lawrence family’s journey with Rachel premiered late last year in Indianapolis as a ninety-minute documentary. Don Boggs, former Anderson University faculty member and producer of the early Gaither Homecoming videos, offers a close look at the making of his film. END_OF_DOCUMENT_TOKEN_TO_BE_REPLACED

Give Me Your Eyes: Portland Project Puts People in Perspective

Posted on January 27, 2016 by chogministries | Comments Off on Give Me Your Eyes: Portland Project Puts People in Perspective

In 2008, contemporary Christian recording artist Brandon Heath recorded “Give Me Your Eyes,” a song which many radio stations are playing to this day. Those familiar with the song know its pointed challenge to open our eyes to see men and women as made in the image of God—to put on God’s eyes and see them like he sees them. Ken Loyd has observed that often the most overlooked and ignored in our society are the people of the street, particularly those of the younger generation. Motivated by a love for the disenfranchised in Portland, Oregon, and empowered by funds from the Change the World grant awarded last year, this Warner Pacific College professor and local pastor is doing something about it. He’s preparing a training package to help open the eyes and hearts of the Church of God to the people behind the faces of those in our cities we might prefer not to notice. END_OF_DOCUMENT_TOKEN_TO_BE_REPLACED

Comments Off on Give Me Your Eyes: Portland Project Puts People in Perspective

Posted in All Church of God, Western

Posted on November 7, 2014 by chogministries | Comments Off on Eye-Opening: Church Uses Video to Raise Awareness of Sex Trafficking 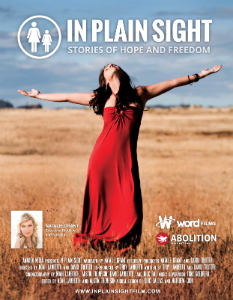 According to the Polaris Project, there are 20.9 million victims of human trafficking worldwide. Of these, four to five million are trafficked for sexual exploitation. Most people agree that these numbers are appalling and that something should be done, but sex trafficking is often viewed as an international problem. We think it is something that occurs in foreign lands, far from our cities and neighborhoods. Yet, the truth is something quite different. Sex trafficking is happening in right here, in the United States, in places like Baltimore, Nashville, Little Rock, Dallas, and Sacramento. END_OF_DOCUMENT_TOKEN_TO_BE_REPLACED

Comments Off on Eye-Opening: Church Uses Video to Raise Awareness of Sex Trafficking

Posted on March 12, 2013 by chogministries | Comments Off on Extreme Love Explosion in Florence, South Carolina

Juvenile crime—down 39 percent in one year. Arrests—down 54 percent in one year. Since 2004, overall juvenile crime has plummeted by more than 70 percent. Some crimes are now virtually nonexistent. The past thirteen years have ushered in a new era of learning to work together to transform culture. As a result of strategic partnership between churches, schools, and government, there has been an explosion of extreme love in Florence, South Carolina. Pastor Clyde Odom of King of Kings Church of God has brought this incredible story of transformation to light. END_OF_DOCUMENT_TOKEN_TO_BE_REPLACED

Comments Off on Extreme Love Explosion in Florence, South Carolina