Posted on January 24, 2017 by chogministries | Comments Off on Church of God Family’s Museum in Convention Host City a Must-See 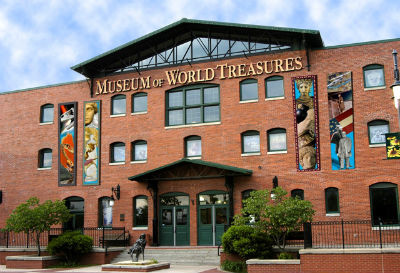 Photo: The Museum of World Treasures, founded by the Kardatzkes.

In Philadelphia last year, many convention-goers were privileged to see the Liberty Bell and sink their teeth into mouth-watering cheesesteak. Near Vancouver, the breathtaking Multnomah Falls received a lot of attention before and after the first Regional Convention of 2016. Two years in Oklahoma City afforded the opportunity to solemnly remember victims of the 1995 federal building bombing, but also the chance to taste some of the best barbecue around. While in Wichita this June for Church of God Convention 2017, you may want to plan a visit to one Old Town Wichita museum which sprang forth from the story of one influential Church of God family. 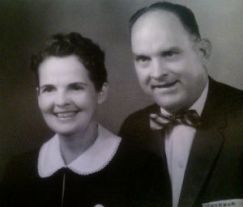 In the early 1940s, a dynamic evangelist named Elmer Kardatzke was called to pastor the First Church of God in Wichita, Kansas. A congregation of perhaps fewer than a hundred saw incredible growth under his leadership before the baton was passed to a driven young minister named Ray Cotton. It was First Church of God which would become what is known today as Central Community, the host church of Church of God Convention 2017.

Perhaps some recognize the Kardatzke name because of “E. E.” Kardatzke’s widespread influence across the movement, or because they took classes from Elmer’s brother Carl at what was then Anderson College. Today, Anderson University students exercise body and soul in the Wellness Center which bears the Kardatzke name. To many family and friends, Elmer was simply known as “Mit.” But to Dr. Jon Kardatzke, it was Dad.

“Of course, Jon’s father was a commanding figure in the church,” Lorna, Jon’s wife explains. “I remember him as a very kind man, full of energy, loving the Lord’s work with all his heart. My own grandfather Dr. C. W. Smith was one of the pioneer evangelists in the church, too, founding several congregations in Louisiana, including the Church of God in Ruston, where I attended with my family. Jon and I have had a strong foundation in the Church of God.”

In 2001, Jon and Lorna Kardatzke founded the Museum of World Treasures, which has become one of the premier museums of its kind in the country. Jon, who had acquired quite a personal collection of artifacts over the years, figured it was time to share them with the public. His wife knew for certain. “From the time of its inception, I have been an encourager for Jon,” Lorna quips. “I have often said that I am the founder because, as his collection grew, I said ‘It’s time to get this out of my house!’ As I recall, it was the final straw when I returned from a trip to find a complete set of armor in our foyer!”

Today, Lorna continues to hold a place on the board of directors for the museum, while Jon has had to take a step back due to Alzheimer’s. Since the nonprofit organization was founded, the acquisition of more and more artifacts required a relocation to a larger, old building near Old Town Wichita, which they reclaimed for this new purpose. Today more than a hundred collectors have contributed by donation or loan the artifacts that compose this treasure trove. There’s something for everyone to see, including some of the most complete tyrannosaurus rex skeletons you’ll find anywhere. Another unique visitor favorite is a shrunken head from a tribe in South America.

Museum management recommends visitors allow at least an hour and a half, but note that many stay much longer. Tickets are reasonably priced under $10, and day passes for families are available. Visit www.worldtreasures.org for more information, hours, and directions.

Register for Church of God Convention 2017, June 20–23 at Central Community Church in Wichita, Kansas, at www.chogconvention.org.